Can a booming India maintain its swing? 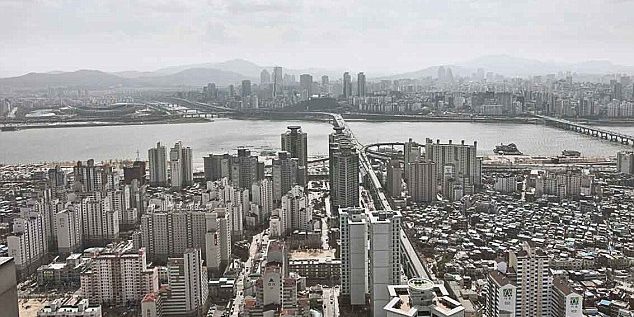 Recent years have been good to India, and on my recent visit there I saw a country that is finally starting to make its mark on the world. But can it continue to do so?

With one of the largest youth populations in the world, the Indian economy is on course for a GDP growth rate of 6% in 2019-2020, compared to a GDP growth rate of 2.3% in the US. IHS Markit, meanwhile, said in a report that the economic outlook “looks positive” for Modi 2.0, with GDP growth forecast to average around 7% per year over the 2019-2023 period.

Clearly, India will also play an increasingly important role as one of the Asia-Pacific region’s major economic growth engines, helping to drive Asian regional trade and investment flows. With the textile, food processing, agriculture, technology, mining, manufacturing and petroleum industries all flourishing, India has a lot to offer the world. The new India is confident and does not shy away from the world stage. Recently, President Macron issued a special invitation to Prime Minister Narendra Modi to join the G7 summit.

But can it maintain the pace? There are doubts. At the end of last year, India was the world’s fastest growing major economy, but has since surrendered that title to China. In Q1 2019, gross domestic product growth slowed to 5.8% and Q2 showed a further decline, to 5%, a six-year low.

India is facing the same headwinds as other economies. The India market, like other global markets, is slowing because of the escalating US-China trade war and wider geopolitical uncertainty. Other factors include weak growth in emerging economies, mainly due to subdued external demand and falling crude oil prices amid excess supply due to an increase in non-OPEC production and concerns about a decline in crude oil demand.

The Indian automotive industry, like the rest of the world, has already shed thousands of jobs, and consumer goods companies like Unilever are reportedly slashing prices because of slowing demand. Car sales plunged 32% in August 2019, the largest drop in two decades, and carmakers are warning of one million layoffs as shoppers balk at rising prices and struggle to get loans from skittish lenders. Growth projections for the second half of FY20 have also been lowered on concerns over subdued domestic economic activity.

The government is responding, however. In a surprise move in August, the Reserve Bank of India, the country’s central bank, cut interest rates by more than expected, taking the repo rate to a near nine-year low of 5.40%. This followed a previous record cut by the RBI of 50 bps on 12 April.

The Indian government has also escalated efforts to repair economic growth with a surprise $20 billion tax cut, taking the rate for companies to one of the lowest in Asia. Domestic companies will pay 22% tax on their income from 1 April 2019, versus 30% previously.

It will be interesting to see what the global forecasts look like at the start of 2020. Is a global slowdown imminent, with even the possibility of a recession? The global recession started in December 2007. The initial impact on India was muted: GDP growth slowed from 9% in 2007-08 to 7.8% in April-September 2008, still a very high rate. But after Wall Street collapsed in September, India’s growth plummeted to 5.8%, 5.8% and 6.1% in the next three quarters. This was a comedown. Yet, it far exceeded the World Bank’s forecast of 4% growth in 2009.

Will India survive the slowdown as it did in the past? Only time will tell!

ESG – A BENEFIT OR A BURDEN FOR YOUR INVESTMENT STRATEGY?
26 oktober 2022

Do we hit the brakes or the accelerator in the current investment times?
30 augustus 2022